But it fits my thrifty theme–and it involves fun for the kids.

Huh? How’s That?? How is making homemade laundry detergent fun for kids?

Well–let them grate the soap! That’s right! I actually have a stand mixer that could grate the soap for me, but the kids think it is fun to grate it themselves so much so that I have to regulate who’s turn it is! Imagine that–with all the toys we have, they think grating soap is fun! In fact, my oldest daughter once made this soap all by herself and was quite proud of herself. (And I thought it was great too–one less job for me to do!)  Well, why don’t you give it a whirl and see if your kids think it is fun!

Anyway, it definitely is thrifty. When my second daughter was four I started using Melaluca laundry soap as she had excema and asthma. I thought using a natural soap might be beneficial to her. But talk about expensive! Now that I have  5 children, our family does a lot of laundry. (I think that last sentence is a bit of an understatement!)  Well, I had her tested, and found out that she was allergic to glycerin, so once we stopped using lotion on her that had glycerin in it, her “excema” cleared up.

Now that her skin condition was under control, I started rethinking my use of such an expensive laundry detergent. If you are lovers of Melaluca–no offense–it is great soap; it was just not in our budget. So my mom used the recipe that the Duggars have on their website, and she really liked it.

The first time I made it, I made it just like the Duggar recipe using the Fels Naptha soap. After a few weeks, my son got a rash across his shoulders. I continued to use the laundry detergent as it wasn’t that bad; and the rash didn’t get worse, but it didn’t get better either..

One day, I was talking to a friend who also made homemade laundry detergent, and she said that she used Zote as she liked the scent of it. So I looked it up, and it appears to me after my very surface study of Zote vs. Fels Naptha that Zote has less bad stuff in it. I know I shouldn’t use the word “stuff”, but I don’t know what else to call the big words on the labels.

The other ingredients needed besides Zote.

Now some people are strong advocates of just one or the other, and some people can only can find fels naptha or vice versa, but I can find both at very cheap prices. ($1 a bar of soap.)  The other ingredients last for several batches of soap and can all be found at Walmart — if you have one in your area. The last couple of times I made the soap, I used Zote, and Joshua has not gotten any more rashes. I also put about 1/2 cup Oxyclean in the soap, which the Duggars do not do.

So here is how I make my soap:

Here is what the Duggars say about the details of this homemade detergent:

Here are the ingredients of Zote:

Here is the funnel I bought off of Amazon. 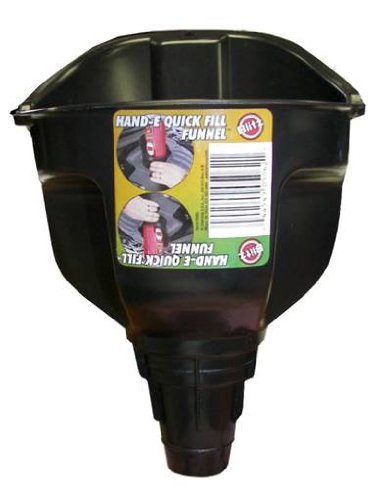 Do you make your own laundry detergent? What do you use? I am always open to change!

Receive periodic newsletters! Get access to all the Subscriber Freebies ever offered!

Go HERE to sign up to receive an email for periodic newsletter updating you on giveaways, recent posts, affiliate sales, and subscriber information! We will not spam you! Go HERE to see my privacy policy.

Receive an email every day there is a post published! You’ll get the subscriber freebies too!

Thanks for visiting us!

Hi! Our family has five wonderful children! Four of the children are girls that all have names starting with K! Tammy is the mom who shares the crafts, recipes, and pictures of the family! Go here to read more!